Just Transition South Gippsland (JTSG) hatched out of the belief that the community needs a new form of politics to address the threats of climate change, environmental degradation and societal inequality.

The idea of a “Just Transition” as a way of responding to the economic and political imbalances driving climate and ecological instability is gaining traction in communities all over the country.

Just Transition South Gippsland (JTSG) hatched out of the belief that the community needs a new form of politics to address the threats of climate change, environmental degradation and societal inequality. It began in 2019 with a small group of people from several South Gippsland communities who started talking about responding to these problems through democratic self-determination and community engagement. 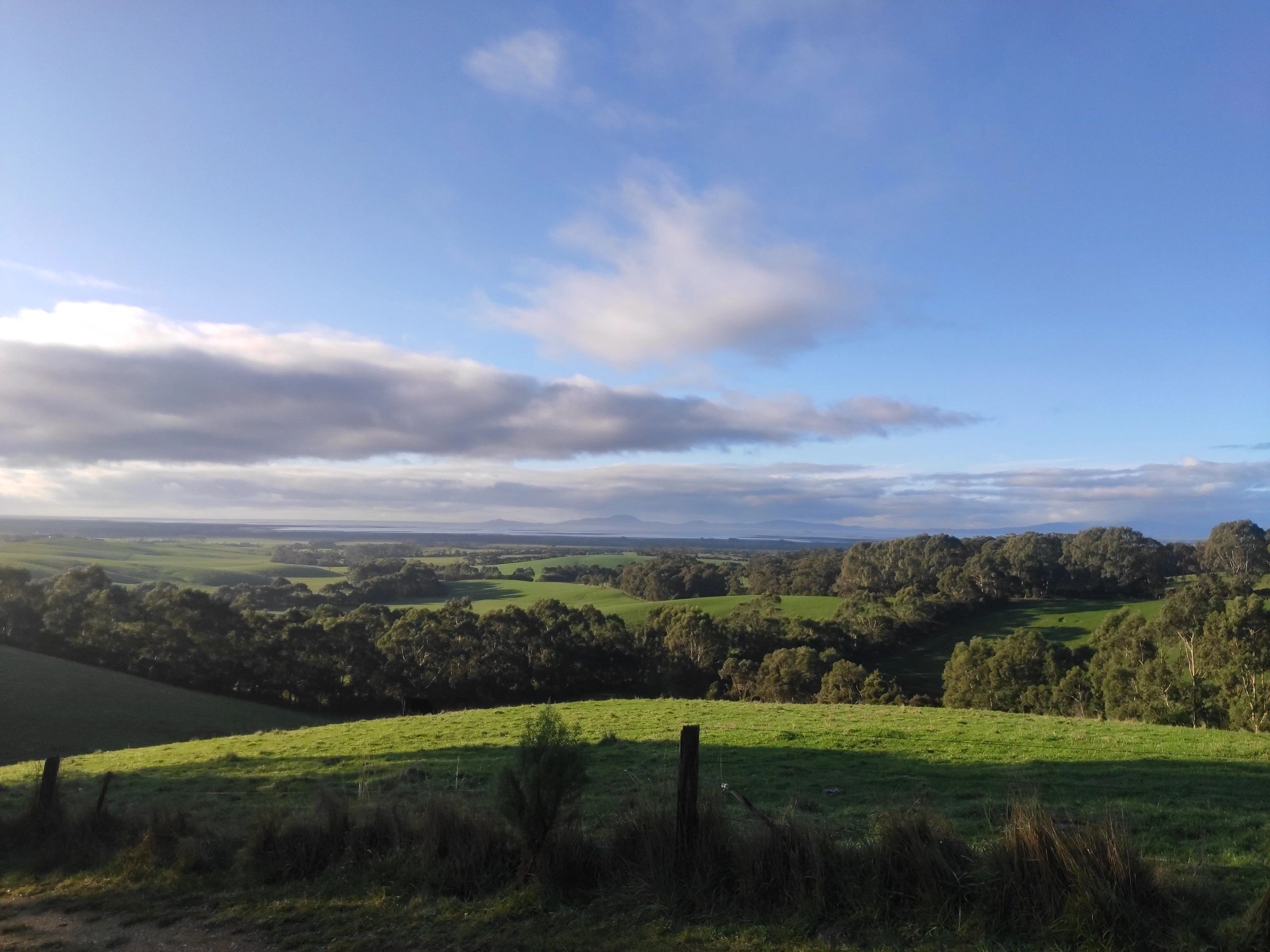 Early meetings settled on the principle that any transition to a low-carbon society could not just be about mitigating the effects of climate change, but also had to be about creating a fairer society that serves the interests of all, irrespective of wealth, contacts, gender or skin colour.

As the 2020 Covid lockdowns ruled out public meetings, the group started the online journal Just Community to develop ideas and discussions around community and change. It became a vehicle for exploring the meaning of a Just Transition, and it helped grow community interest and engagement.

To get more focus and a plan of action, a day-long strategy planning workshop was held. It produced the following statement of its vision:

“To transform South Gippsland into a sustainable, democratically empowered, culturally rich and prosperous community that is better positioned to respond to the challenges of climate change, one that is more resilient, driven by mutual support and the common good, with a strong commitment to fairness and justice, and a commitment to reconciliation with the indigenous community.”

A set of shorter-term goals also emerged. These included promoting the election to South Gippsland Shire Council of councillors supportive of a South Gippsland Just Transition and the declaration of a climate emergency.

“In aiming to facilitate a redesign and remake of the South Gippsland economy, all the groups involved realise they have embarked on an enormous project.”

The pandemic-induced suspension of business-as-usual economic and political activity encouraged many people to hope for government-led recovery strategies to improve the planet’s prospects. Alas, in Australia, this isn’t the case. The break in “normal” operations is not seen as a chance to shift direction away from our dangerous climate trajectory, but rather as an opportunity for fossil-fuel capital to double down with a “gas-led recovery”.

It is hardly surprising to see vested interests and vision-impaired politicians brushing aside what citizens might want. But this cannot discourage political engagement, which is the only thing that can change our shared societal architecture for the better.

With that in mind, JTSG committed to holding a series of community assemblies that would begin the work of designing a Just Transition plan for South Gippsland. The plan would essentially be a redesign and remake of the South Gippsland region through infrastructure and policy-building for a low-carbon economy.

Assembly One was held via Zoom in October 2020 and attracted around 50 people to discuss and design a way forward. They settled on founding a series of working groups looking at elements of the local economy and how they might work to sustain people and place in the face of climate change.

The working groups are now looking at Farming and Food, Energy, Housing, Business and Tourism, Health, Transport, Arts and Community, and Work, Education and Training to see how they might be shaped into a transition plan for a low-carbon, sustainable and just economy and society. They are also looking to connect and work with the many other groups across the region engaged in remaking the world differently.

The immediate aim is to come up with a South Gippsland Just Transition Plan Version 1 in time for local government elections in South Gippsland in October 2021. It is hoped potential councillors will emerge from the community assemblies, with a movement of democratically engaged residents behind them. Having an impact at local government level is, however, only one part of what a Just Transition might involve, and the point and the efficacy of the assemblies extends beyond issues of council to a broader vision for South Gippsland for generations to come.

It’s not a small project, you could say. In aiming to facilitate a redesign and remake of the South Gippsland economy, all the groups involved realise they have embarked on an enormous project. They see the work done so far as only the beginnings of a decades-long process. It will be the work of generations to reduce the energy and carbon intensity of our economy and society, to stop environmental degradation and deal with resource limitations, whilst creating new jobs, achieving biodiversity in the environment and delivering socially just and equitable outcomes.

The ultimate goal for all these groups is to transform South Gippsland into a sustainable, democratically empowered, culturally rich and prosperous community that’s well positioned to respond to the current and future challenges of climate change. And if South Gippsland can become a model for similar actions in an expanding network of other communities, then the real change we need can begin to happen. That is a big idea, but it is what we all have to do.

South Gippsland Just Transition group holds ongoing meetings and actions. You can get involved or find out more by emailing [email protected]