Jordan would love to see investment in renewable energy sources in the region.

Jordan Nabulsi was born in the Latrobe Valley and has spent most of his life living in Traralgon. He enjoys the sense of being a local in a small, friendly community. “I’ve always liked how you get to know the people that you went to school with, and you’d see them around forever. So when you go out in town, you see the people you know,” he says.

Jordan has recently completed his electrician apprenticeship working in the power industry, including a stint in the Loy Yang B Power Station. Despite this experience, Jordan says he is now focused on working in the renewable energy industry.

“I’m applying to solar companies and trying to find work in more renewable energies and stuff like that. That’s sort of where I’m focusing my career. I think it’s really an emerging industry now,” he says. 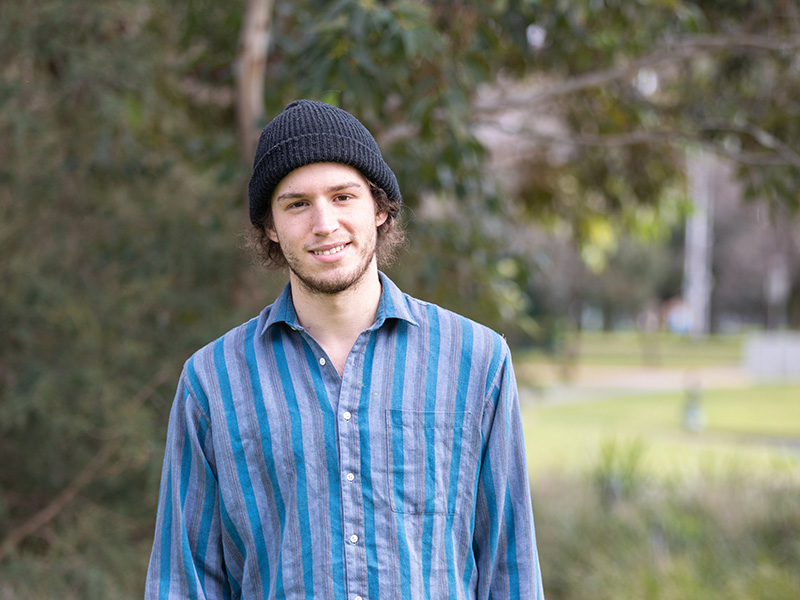 Despite his focus on the local renewable industry, Jordan says he still experiences a lot of negativity. “I think there’s a lot of people who are quite negative towards the idea of renewable energies. They probably see it as a challenging force towards the region’s traditional economic basis,” he says.

“There’s already incredibly vested interests, including just people who live in the region, who want to see the continuation of Loy Yang and even the expansion of Loy Yang. And that’s just where their motives and where the financial and ideological interests lie.”

Jordan thinks part of the reason many people here remain resistant to being part of a clean energy transition is because they have seen how the traditional industry provided secure employment in the past. And that they don’t have confidence that renewable energy can provide the same opportunities.

Despite these hurdles, Jordan says he still feels hopeful about the future of the region if there is a much-needed investment in the renewable sector. “I’d love to see investment in renewable energy sources in the region,” he says.

“From my understanding, we are in a really good location for renewable expansion based on this being the grid’s injection point for a large portion of Australia. It’s a really optimum location for setting up renewable projects. I just think it’d be positive from all angles to invest in renewables.”

However, because the Latrobe Valley has traditionally been connected to old fossil fuel industries, Jordan says the only way change is going to happen is from the grassroots. “I think people in the Valley, especially young people, need to find projects and groups within this community that reflect their values and vision for the region.

“So I would just say to everyone, get out there in the community, make the effort and help be a part of the change you want to see in the Valley."

Article by James Norman. This story first appeared in Gippslandia.